Yesterday, "tu youyou team in artemisinin resistance research and other major breakthroughs" news on the Internet refresh.In recent years, artemisinin in parts of the world's "resistance" problem, tu team in "antimalarial mechanism research" causes "resistance" "adjust treatment" and so on has made the new breakthrough, and in "artemisinin treatment such as lupus erythematosus indications" "traditional Chinese medicine scientific research works go out" to make progress in aspects and so on.

What kind of disease is lupus erythematosus?

Most patients can live normally after treatment

Lupus erythematosus (lupus) is an autoimmune disease that occurs mostly in women of reproductive age between 20 and 40.Among them, systemic lupus erythematosus is the most serious, and discoid lupus erythematosus is also common.Professor huang jianlin, director of rheumatology and immunology department of the sixth affiliated hospital of sun yat-sen university, pointed out that its etiology and pathogenesis are not completely clear, and it is generally believed to be related to genetic, environmental factors and estrogen.

Skin manifestations occur in 80% of patients with systemic lupus erythematosus (sle). Butterfly erythematosus is a typical rash that often develops or becomes worse after exposure to sunlight.Because the symptoms are so complex, patients are often misdiagnosed as nephritis, pericarditis, psychosis, primary thrombocytopenia or arthritis when they first develop. 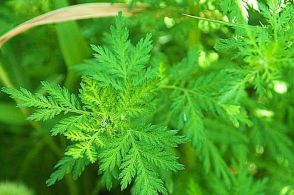 Previously considered a terminal illness, most patients can now live, work and even get married and give birth after standard treatment.

Artemisinin resistance is a worldwide problem

Recently, the New England journal of medicine (NEJM), a top international medical authoritative journal, published tu youyou's major research results and the treatment plan of artemisinin-resistance, which attracted the attention of the industry.

According to media reports, after more than three years of scientific research, tu youyou's team proposed new treatment solutions in the aspects of "anti-malaria mechanism research", "resistance causes" and "adjustment of treatment methods".The second is to change the artemisinin combination therapy has developed resistance to the adjuvant drugs, the immediate effect.

If the problem of artemisinin resistance can be solved, it will be of great significance. First, it confirms the direction of global artemisinin research and development.Second, because artemisinin antimalarial drugs are cheap and only cost a few dollars per course of treatment, they are suitable for the majority of poor people in Africa and other areas where the epidemic areas are concentrated, and they are more conducive to the global goal of eliminating malaria.

The effectiveness of "kwolong" does not equal to "radical cure"

To be proven in clinical trials

"Artemisinin for lupus' effective ', does not mean that can cure lupus, but in the treatment of lupus many drugs, there may be an 'weapon'."Professor Yang xiuyan, founder of rheumatology and immunology department of the first affiliated hospital of sun yat-sen university, pointed out that since the 1950s, anti-malaria drugs have been widely used in clinical treatment of lupus erythematosus and rheumatoid arthritis due to their immune regulatory properties.At present, the world can be used for anti - rheumatic immune treatment of anti - malaria drugs, more than 90% of the selection of hydroxychloroquine.

After years of exploration by the medical community, systemic lupus erythematosus has gone from being an incurable disease to a completely controllable disease.The vast majority of patients can work and live normally after stable condition after standard treatment, or they can have babies.Many of Yang xiuyan's patients have successfully fulfilled their dream of becoming a mother.

According to jin ou, chief physician of rheumatology and immunology department of the third affiliated hospital of sun yat-sen university, the future of artemisinin in treating lupus erythematosus and other rheumatological diseases still needs to be further determined.She analyzed the available data to predict that artemisinin is likely to have a similar effect to hydroxychloroquine.It will be several years before further clinical data are available to determine whether it is better than hydroxychloroquine in terms of efficacy and side effects.

Guangdong experts have proved that "the lab works"

It is known that in lupus patients, there are a few severe stubborn cases, in the existing treatment regimens, or can not achieve satisfactory efficacy.Add in the fact that antimalarials, including the cheap and easy hydroxychloroquine, have an unavoidable weakness -- long-term use can have side effects on the eyes.For years, the medical community has been trying to find a drug with fewer side effects.

According to tu youyou's team, the research on lupus is only available for phase I clinical data, and generally only after phase ii clinical data is formed can it be approved for production.Research on artemisinin resistance is at an early stage, and the final results are based on clinical data.